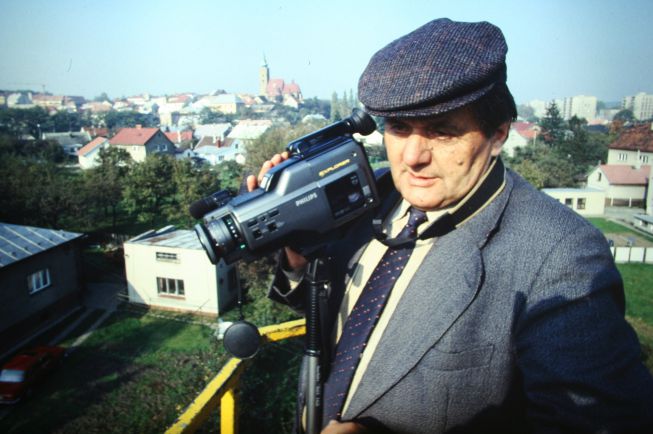 He was growing up in a musical environment from his earliest childhood. Already as a child he became one of the members of his uncle‘s band. A great deal of his uncle’s  Jindřich influence made him pursue his dream and so he chose music to be his profession. He graduated from the conservatory in Ostrava and auditioned for the National Operetta Theatre in Ostrava. Anyway, he was always drawn to a theater of a larger format, and that was for him the Antonín Dvořák’s  Theatre. He had been working there until his illness stopped him.

Music was surely not just a job for him. It was his dearest hobby at the same time. In his free time he led a symphony orchestra in Příbor, which was invited to perform with Příbor‘s temple choir, Ondráš choir and The Mixed Choir of Kopřivnice! In addition, he founded the Tatra Brass Orchestra composed of imposing 60 members. All this required not only deep love for music, but also excellent organizational skills. Thanks to his brilliant skills, a number of memorable performances and concerts came to existance. As a conductor, he conducted  many magnificent concerts, for example: Dvořák 's „Stabat Mater“, „Svatební košile“, Haydn's „Seven last Words of Christ“, „Slavnostní Muklovska mše“ of František Šimíček. Together with opera and operetta singers of Ostrava theater he prepared countless popular concerts. One of the ultimate and  unforgettable musical experiences was i.e. „The concert of church scenes“ featuring the First Lady of Ostrava’s Opera,  Eva Dřízgová.

Bedřich Pukovec was always very keen on abroad tours and somehow he managed to succeed in it. Even though totalitarian times were hard, he played in Hungary, Germany, Belgium, France and Sweden. Those tours inspired him to establish Příbor‘s Brass Band Festival- tradition, which survived until this day.

He wasn’t a stranger even to such musical styles as pop and dance music. Together with his brothers he formed a band which kept playing at various balls, parties and afternoon teas for many years, also outside Příbor.

In 1996 he formed a swing band, which is actually still performing  today. The band soon became known and popular in the region. It is now being led by Zdeněk Pukovec, but it will forever be named after its founder.

Another of his great hobbies and passions was filming and operating a home movie theather. Thanks to that he was able to offer our town lots of unique materials for broadcasting - for example frames recording flood in Příbor in 1966 or a carnival revelry.

He collected old projectors. Using them, he enthusiastically screened movies of all the different genres: slapstick, old-time feature films and musicals for his friends; fairy tales for children. In appreciation of his active approach and for outstanding contribution to developing town’s musical activities our city council honoured Mr. Bedřich Pukovec in 2005 with an honorary citizenship of Příbor.