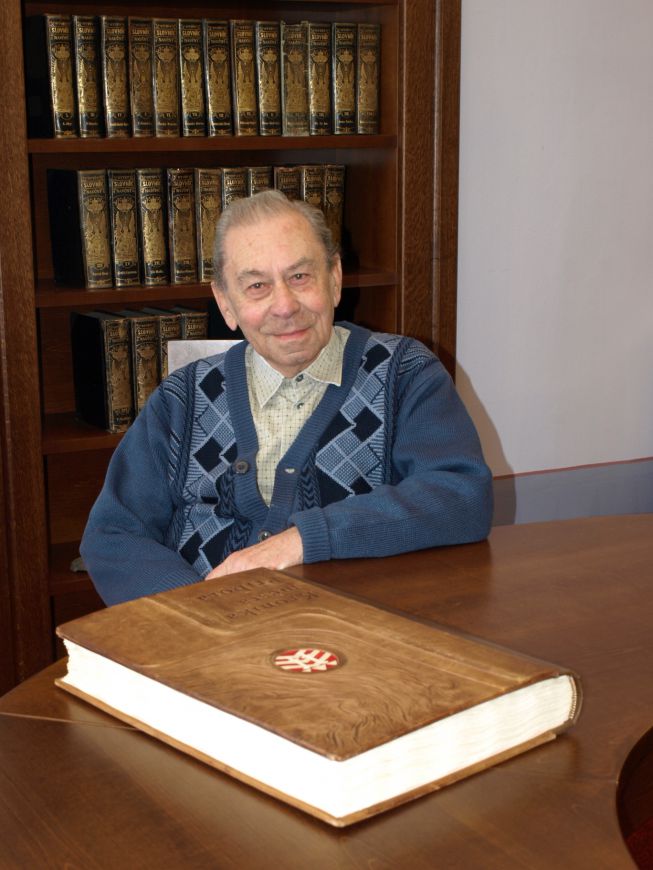 Lubomír Loukotka was born in Příbor. He spent his childhood at the town house no. 32 in the Market Square. His mother was a teacher, his father a watchmaker. Except of short passages of time spent outside the town (to study and then due to the war), he had spent almost all of his over 82-years-long life in Příbor. He was a teacher for 36 years. For 28 years of that time he was teaching at his hometown, at the primary schools of Jičínská and Dukelská. He taught Czech language and gymnastics; earlier was also a lector of Russian language.  He studied at Brno University, but did his Czech language studies also in Ostrava.

Apart from his profession he had many other interests. History always belonged to one of his favourite hobbies. It became the topic of his master thesis. In his thesis he wrote about the origin of local street names  in Příbor. That way he managed to link his employment as a Czech teacher to his dearest hobby, which was history. He dedicated his entire life – until the very last days - to researching history of the town. However, his interests weren’t limited only to Příbor’s past.  He loved the Old Prague, too. He knew a lot about other parts of the country. During the last six years of his life, he actively used his knowledge to support summer sightseeing tours around Czech Republic organized by local Leisure Centre Luna.

In 1974 Lubomír Loukotka began writing Příbor’s chronicles. That way he became town’s tenth chronicler and kept writing his chronicles for longer than all his predecessors! Year 2010 was his last annual. It was already fully prepared for going onto the record and had only been waiting to be handed over to the Municipal Office for consultation and clarification of certain facts.  Last described events of the year 2011 bore a date of ‘28th of May’ – as found in his notes.

In 1945 Lubomír Loukotka joined the Boy Scouts. He was acting in a theatre, singing, doing sports and taking part at all major events. He also wrote a book about the history of scouting in Příbor and became a co-author of another, similiar publication.

In 1949 he co-established Příbor’s photo-club. For few years he was its representative. Mr. Loukotka collected stamps, greeting cards, postcards, was a member of the philatelists’ club and was always passionate about sports.  He used to play football during his studies, afterwards he continued playing football for a long time as a member of Příbor’s football team.

Lubomír Loukotka didn’t leave unnoticed. Many of his publications are best proof of his very fruitful existence. In 1968 he wrote a brochure about Příbor’s history. His book „Historie Příbora v datech“ containing facts and tales out of the town’s history was first published in the 90s. He is best-known for his book published under the title „Kříže, kaple, sochy svatých“ (Crosses, chapels, statues of saints) and its second part „Pamětní desky a pomníky“ (Memorial plaques and monuments). He was also co-author of the  extended version of  “Dějny města Příbora”.

He was preparing stories about the history of town for local cable television channel, for the programme called „Z historie po současnost“ (From past to present).

On the 11th of January, 2009 he was awarded the honorary citizenship of Příbor.

On the 2nd of June, 2011 Lubomír Loukotka suddenly left us; despite of his mature age of nearly 83, we still feel like it was much too early. Source: Irena Nedomová 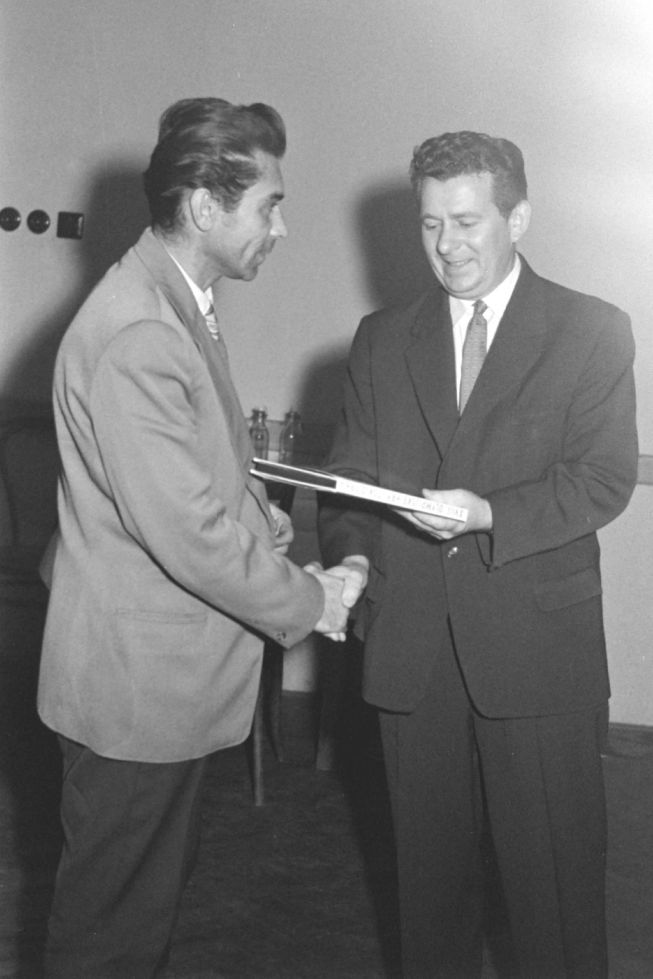 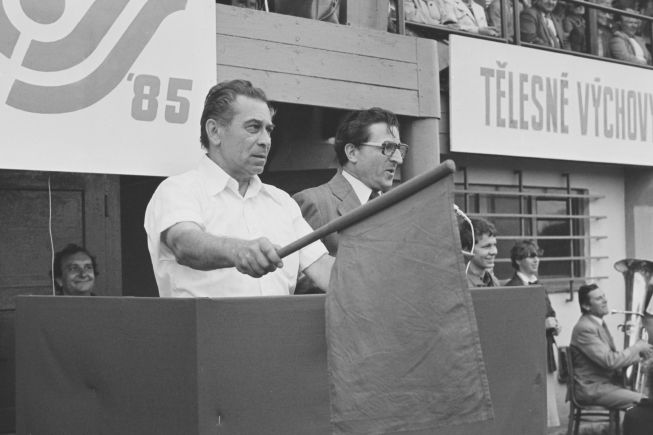 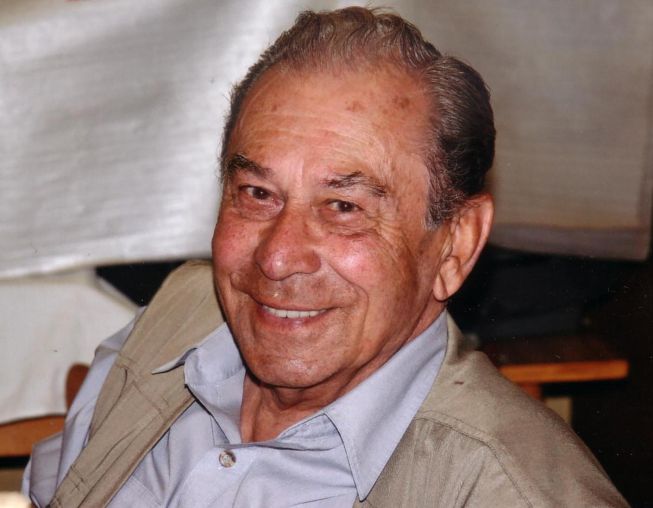