St. Valentine is known as protector against disease and healer, especially of epilepsy and gout. In Příbor on St. Valentine’s Day there used to be a big fair, right in front of the church. The 14th of February was the names day of church’s patron.

As February is one of the winter months around here, the weather on that day was mostly cold and frosty. For that reason such weather conditions around mid-February are being called “Valentine’s winter” by the locals. People from smaller villages neighbouring Příbor used to come to the fair using sleigh. That’s how the fair got its nickname: “The sleigh fair”.

Special sort of gingerbread called “šifle” was being sold from „štanty“ (the stands). Body parts made of wax were being sold, too - mostly hands and legs. These were later sacrificed at the church, in hope of being healed by St. Valentine.

The relief of St. Valentine at the main altar was being rubbed with scarves, “which they (the people, the believers) then put on themselves or on another patient’s head, begging St. Valentine to heal them. “ 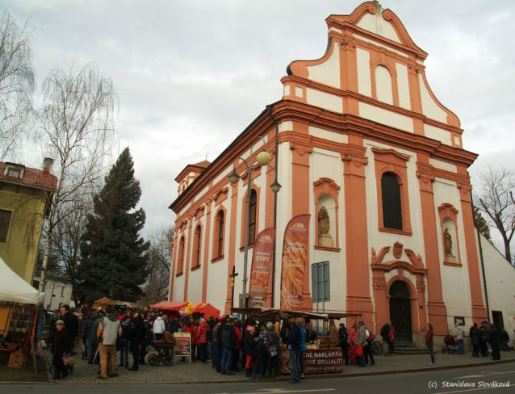