Before the renovation this very room was divided into parts, but those walls were removed and after further removal of the non-original layers of plaster, the initial stencil paintings were revealed and then subsequently augmented and restored. During restoration process, previously walled up original interior wooden window sill and framing were uncovered on the north wall.  Architectural findings of that place: a niche and window sills were fixed, preserved in their original form and re-painted with the real color they had been painted before. An illusive architectonic painting of the ceiling was reconstructed. On the surface of surrounding walls the details of originally painted patterns were redone according to the well-preserved patches of patterns found here earlier. These fragments served later as a spatial guidance, helping out to re-create stencil decorations. 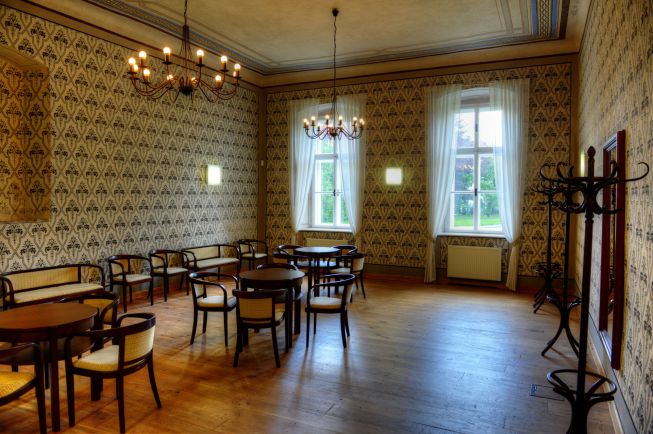