Refectory or in other words former monastic dining room is the most spectacular place of the building. Its vaulted ceiling is adorned with rich stucco reliefs; three murals in stucco frames are placed between the arched lines.

The largest central part depicts ‘The Revelation on Patmos Island’ – John the Baptist listens to God’s apocalyptic message, holding a lamb and a book sealed with seven seals, all that surrounded with symbols of Four Evangelists. Another oval part of the painting (closer to the former scullery, today’s ceremonial room) shows famous scene of conversion of Saul (St. Paul the Apostle). Smaller ovals, placed on the same wall where the entrance doors are, a bit farther from the former scullery, contain paintings of St. Augustin and St. Gregory (Founding Fathers of the Church), St. John the Evangelist, Evangelist Mark and in the oval frames next to the window, same direction, we find St. Jerome, St. Ambrose, Luke the Evangelist and eventually, St. Matthew. There are also 8 other portrait paintings of about 1 sq. meter located where the inner-vaults begin. All stucco parts, including all the wall paintings, have undergone a restoration in the late 60s of last century. As a part of the renovation process in 2012, decorative floral motifs in window frames (covered earlier by a layer of plaster and dirt) were brought back to their original shape. Painted panel patterns discovered on the walls were very much resembling patterns on the wooden cassettes, picturing same type of flowers, only in painted form. When all this was uncovered and preserved from decay, it became clear that the decoration of the walls corresponds with the decorations on the ceiling. In the earlier restoration process, in the 60s of the 20th century ceiling paintings were changed - the stucco decorations around figural paintings was painted pinkish-white. That paint was removed and replaced with original colours found in the refectory - green, yellow and pinkish red, which made it look more lively and cheerful.  As a result of the successful restoration process a perfect baroque spatial illusion was achieved.  Refectory is currently being used as a ceremonial hall for various cultural and social events. 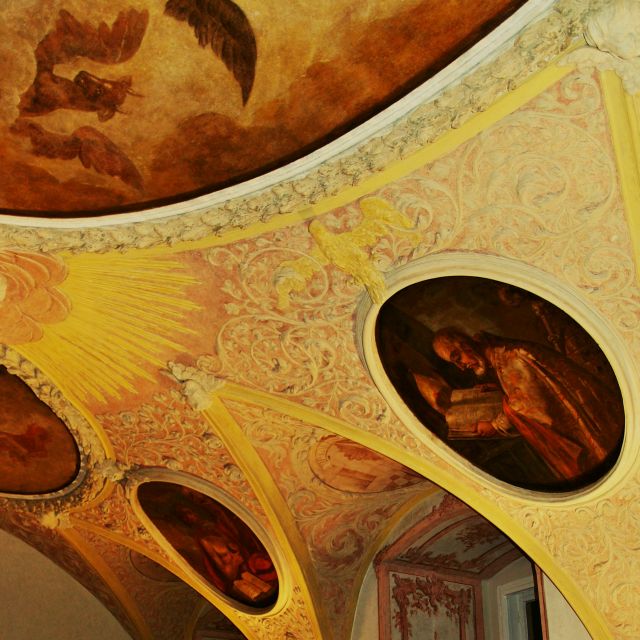 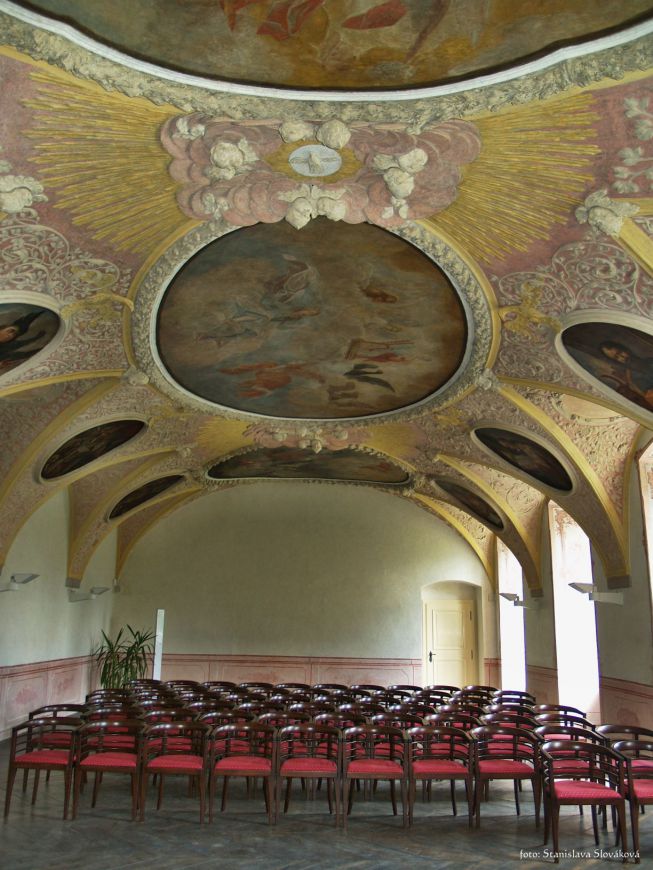 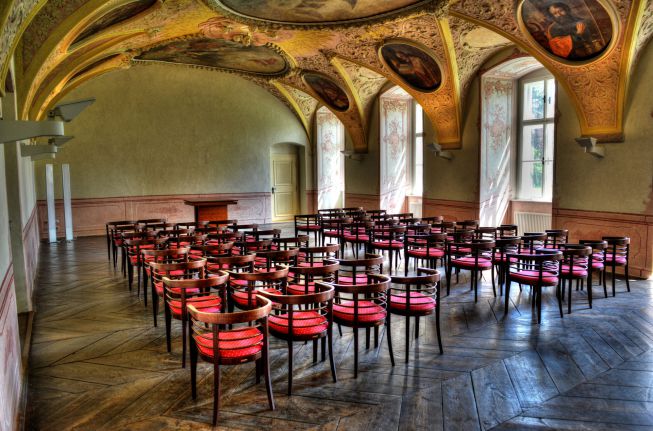