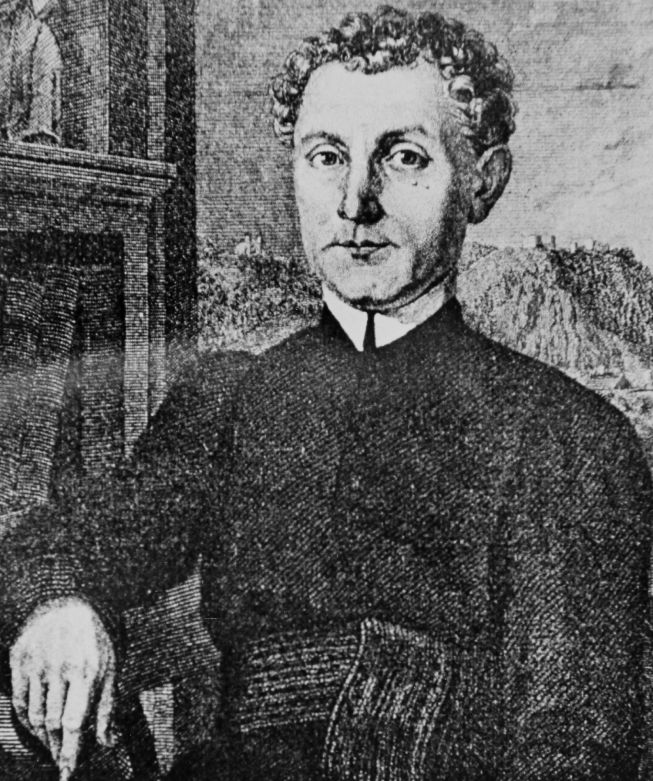 The father of Moravian topography, surveyor and historian

He was born in a small cottage, where today stands the Mexico Inn.  He was sent to a grammar school and afterwards he continued his studies, choosing to learn human sciences at Piarists College.

After taking a decision to change the subject of his studies to topography and history of Moravia he left for Olomouc grammar school.  Later he studied theology at Brno University. At that point in time he joined the Benedictine Order at Rajhrad.

In 1820 he became a professor of philology and history at the Philosophical Institute in Brno.

In his free time he used to travel around Moravia. In 1826 he travelled around Moravia for a longer period of time to collect more information. In 1830 he published the first volume of his great professional achievement „ Die Markgrafschaft Mähren “

He finished writing the book in 1842, adding a last, sixth volume to it. His unique topographic descriptions of Moravian towns and villages were very comprehensive.

In the year 1842 he closed himself at a monastery, so he could continue his work uninterrupted. He started writing yet another book on topography.  It was published after a thirteen-years-long study of the subject, in 1855. His work was titled “Kirchliche Topografie von  Mähren” and contained nine volumes! He was also an author of many more topographic and historical articles and essays.

He spent last years of his life in peace, writing at the monastery in Rajhrad. He kept encouraging his pupils to study history of the region and to get to know Moravia’s past.

The collected topographic works of Řehoř Wolný are to this day the main source of knowledge when it comes to Moravian culture and its sights of the first half of 19th century.

In 1868 Řehoř Volný was given an Honourable Citizenship of the town.

Tomáš Řehoř Volný has a  monument at his native town.

This monument was the first one in Přibor (not counting all statues of saints). Monument was build out of the initiative of Ph.M. Ferdinand Pokorný, a native pharmacist and historian for the occasion of the hundredth birth anniversary of Řehoř Volný, but it has been unveiled only a year after.

Trees and bushes planted around the monument soon grew into a little park at St. Valentine’s church. Later (1909) it had to be cut down, as it was overgrown.

When the Germans took over Přibor the memorial was removed from the church site but fortunately it has been hidden and not destroyed.

After the war monument hasn’t been moved back to its initial location but was placed on the bank of Lubina River instead, near the traffic shop. It stand there, hidden from plain view, until today.

It belongs to the town and today it is one of its cultural sights.