To get out of the square we continue the street between the town house no. 11 and town hall in a straight line, heading west.  After few steps we will reach our second stop – the Sigmund Freud’s monument. 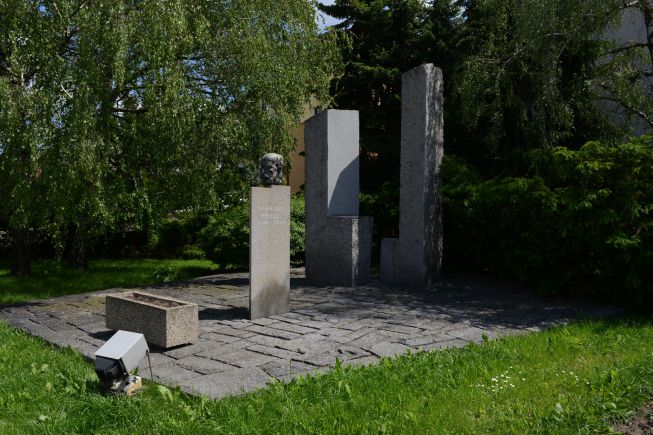 The monument is located at the back of town hall on the crossroads of Jičínské and K. Čapka Streets.

There are three partly polished granite pylons of different height growing out of the low quadrangular base. On the top of the lowest pylon there’s a larger than life bronze portrait of Příbor’s born Sigmund Freud. On the south side of the same pylon there’s a majuscular inscription carved in stone: 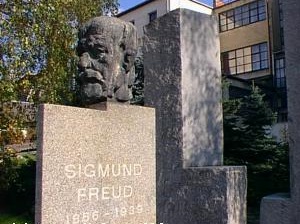 The authors of the memorial statute are the academic sculptor Mr. František Navrátil and architect Zdeněk Makovský. The monument wasn’t always standing in the same place. Initially, it was unveiled on the 4th of October 1969 in Jičínská Street, near Zetka store. The very crowdy unveiling ceremony was attended by the chairman of Psychoanalytical Society Assoc. Dr. Jiří Cvekl, PhD. from Karlova University. 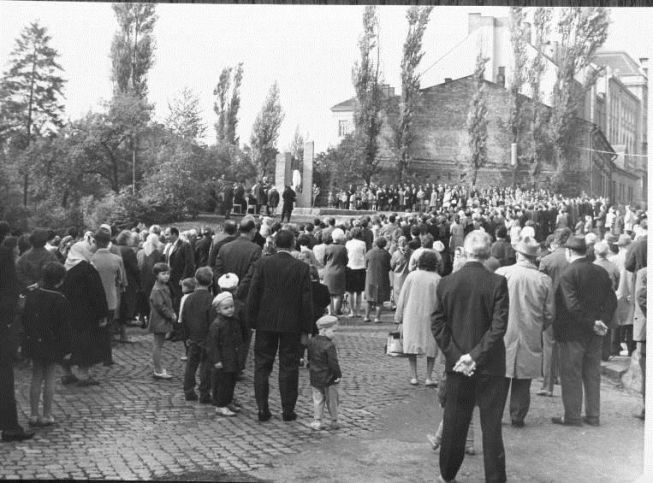 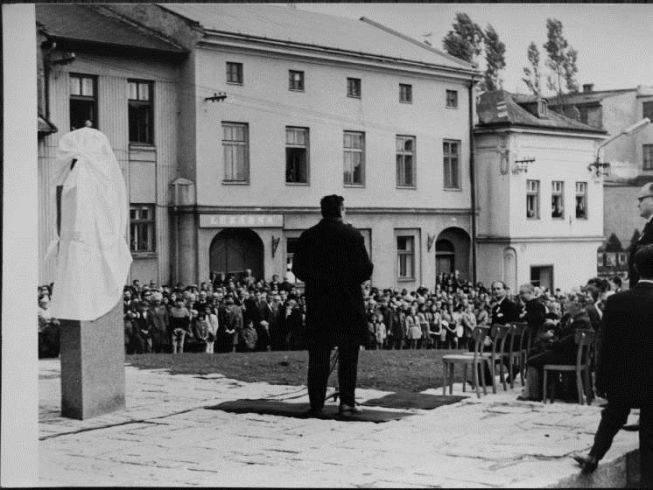 Photo of the unveiling of the monument in the year 1969, source: Museum Novy Jičín

Same year a memorial hall to Sigmund Freud was opened at the town‘s museum. It‘ s a collection of his writings, historical documents and pictures of himself and his family.

In the 90s it was decided that the place where the monument stood, will become a new location for the planned nursing home.  In March 1994, the monument was dismantled and stored elsewhere. Later on, a new place was found for it – that’s exactly the one we’re looking at now.

Unveiling of the memorial in its new place, at the back of town hall, took place on the 24th of September, 1994, which marked exactly 55 years passing from Sigmund Freud’s death.