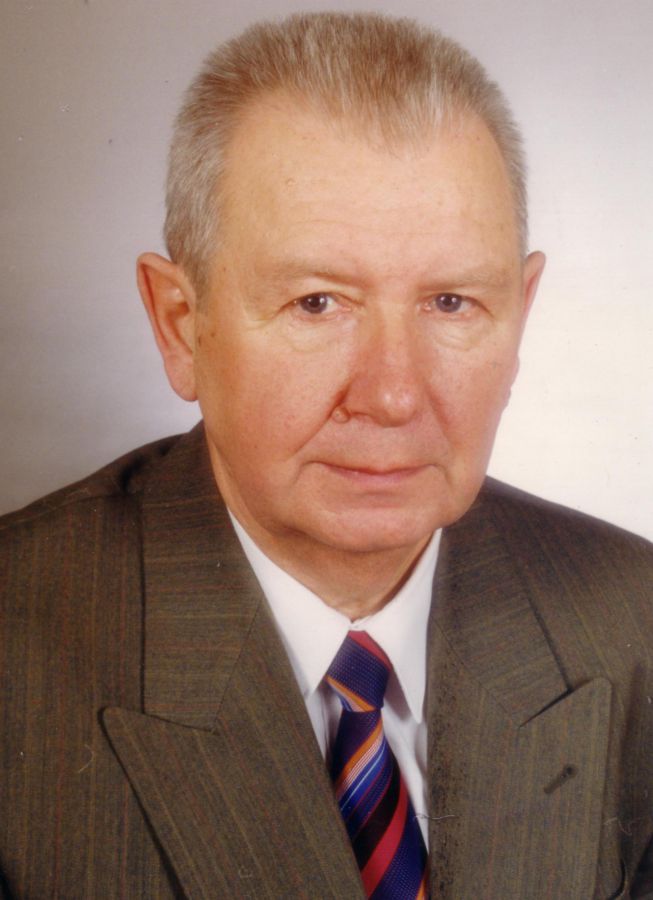 After leaving school in Příbor Ludvík Demel decided to pursue his dream and went to study music. He applied for the Military Music School. As he didn’t get any answer, his father sent young Ludvík to learn for a locksmith at the Tatra’s school. Next year Ludvík re-applied for the Military Music School and joined it successfully on the 23rd of August, 1952. After three years of studies Ludvík graduated as flugelhorn and trumpet player. That’s how Mr. Demel started his professional career.

Year after year (starting from 1955) he played at several military orchestras (at Valašské Meziříčí, Místek, Banska Bystrica, Hranice and Olomouc). He got married in 1956, and because constant traveling back and forth to see his wife became problematic, following his five-years-long employment at Aviation Service in Mošnov, he decided to settle down there.  He was offered a work flat. His military service ended on the 30th of April, 1971.

He began to teach as a freelance teacher at The Music School in Příbor already in 1963. On the 4th of September, 1964 he made his A-levels, passing exams at the Grammar School in Příbor. On the 22nd of June, 1972 he graduated from Ostrava’s Conservatory.

After leaving the army, he joined Oblastni Hudba Orchestra in Ostrava for one year as a flugelhorn player but when the band went into bankruptcy, he became a new music editor for Czechoslovak Radio in Ostrava (on the 1st of September, 1972). He stayed with that radio station broadcasting for 18 years!

In the year 1973 he became one of the founders of a professional music band Ostravská desítka.

Since 1959 he also played in various orchestras in Příbor.

Right from the very start, when he began teaching at LSU, the number of Mr. Demel’s pupils has grown steadily, finally leading to starting their own orchestra. In 1972, they began practicing their first composed tracks. First public show was hosted after a year of preparations, on the 1st of May, 1973. At that point in time the orchestra counted 18 musicians. First song presented to the wide public was “Šly panenky silnicí”. Initially, students / musicians practiced twice a week, then three times a week. Within a short time the orchestra achieved a very good performance standard and even nowadays it still ranks among the top youth orchestras home and abroad.

Mr. Demel was one of the co-founders of Příbor’s majorettes. In the year 1983 Ludvík Demel, Milada Hnitková (director of our Music School at the time) and Jarmila Bártová established together the LŠU Příbor’s Majorette group, which than worked along the Youth Brass Orchestra. The first group of 16 majorettes was performing under the leadership of Mrs. Jarmila Bártová.

The orchestra together with its majorettes participated at many festivals: FIJO Cheb, FEDO Štětí, Kmochova Cologne International – a competition of big brass bands in Ostrava. Apart from that Ludvík Demel visited many foreign festivals: in Germany, the Netherlands, Hungary, Poland and Sweden. Orchestra’s greatest success achieved in the year 1995 in Úpici was winning the whole competition and being awarded the first place. Biggest success on the international level came at the festival in Kehl, Germany, where they won first place with honours. Over the course of his career at the Young Brass Orchestra of Příbor Mr. Demel was awarded several times the ‘Best Conductor’ title at various competitions and festivals. He conducted his orchestra and led it as Artistic Director until 1996, so for long 24 years!  He left orchestra due to an illness. But even so, he kept occasionally conducting young musicians during festivals and celebrations.

Until 1990 our famous Příbor’s musician carried on working two jobs. On his doctor's recommendation he decided to quit his radio job and on the 1st of August, 1990, he has been offered a position of a Principal at the Music School in Příbor. He was the Head of the school until the 8th of December, 1991. Afterwards he continued at the school as a teacher.

Despite of quitting his job at the orchestra, Ludvík Demel remained a very active community member on both, cultural as well as on a social level:

- After year 2000, he was repeatedly being elected for Příbor’s Town Council (for two terms),

- In the year 2000 he composed a short jingle tune which was used especially for the urban radio; actually it’s launching reports of that radio until today!

- Mr. Demel was a member of the Czech Association of Farmers and in the period of 2000 - 2007 he was the Chairman of that organization.

In appreciation for his life-long work with the orchestra, teaching students and acting on a field of culture over all the years he was being repeatedly rewarded:

- 1979: Honourable Mention for his dedication and successful leadership of Youth Orchestra in Pribor and significant contribution to the development of musical life (rewarded to him by Příbor’s Town Council)

- 1983: The Badge of Honour of the International Organization for spreading and popularizing Czech brass music (CISM) internationally (he received it during a concert in Herzogenaurach, Germany)

- 1988: Award for outstanding results and exemplary representation of the town of Příbor and Czechoslovakia to mark the 15th anniversary of the DOM ( Příbor)

- 1996: title "Teacher of the Year 1995" for his outstanding teaching activities (awarded by the Nový Jičín School Office)

- 1997: Honorary Town’s Award for many years of work in the field of culture, education and representing youth of Příbor (granted by Příbor Town)

- 1997: The price of the Ministry of Education, Youth and Sports for lifetime creative pedagogical activities (awarded by the Minister of Youth, Sports & Education, Ivan Pilip)

- 2005: Honorary Citizenship for his lifelong work and exemplary representation of the town home and abroad (granted by the Town of Příbor).

For all that and many more reasons Ludvík Demel has become an honorary citizen of Příbor. His contributions to development of musical life in Příbor were particularly significant; he stayed very active until the end of his days.  He died suddenly on the 10th of April, 2015. 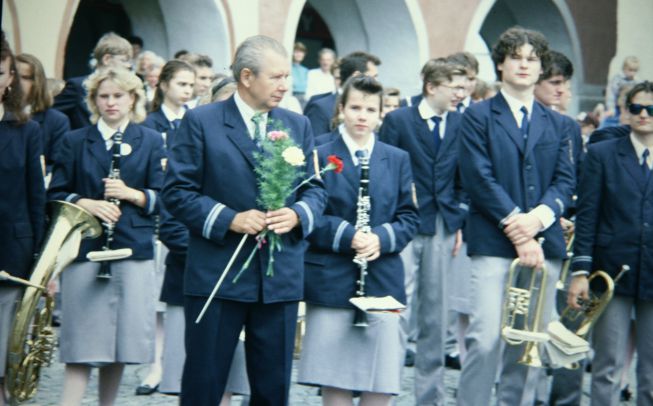 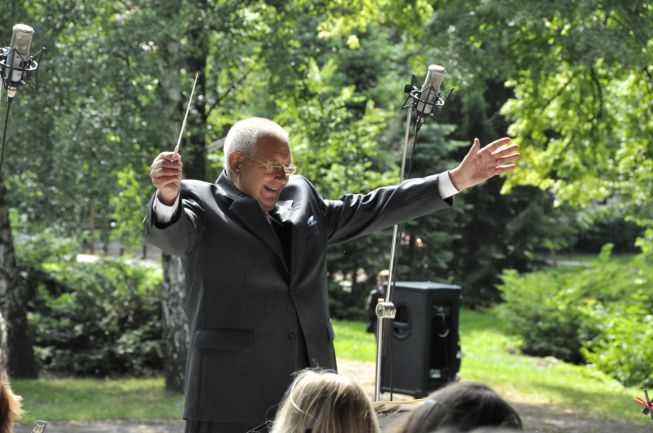