4th stop – Parish church of the Nativity of Virgin Mary 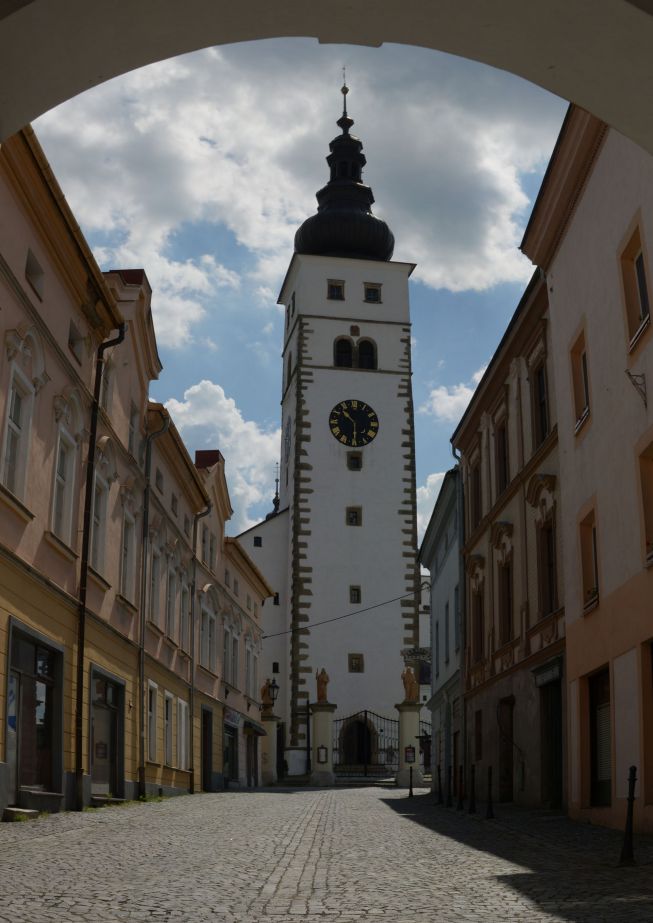 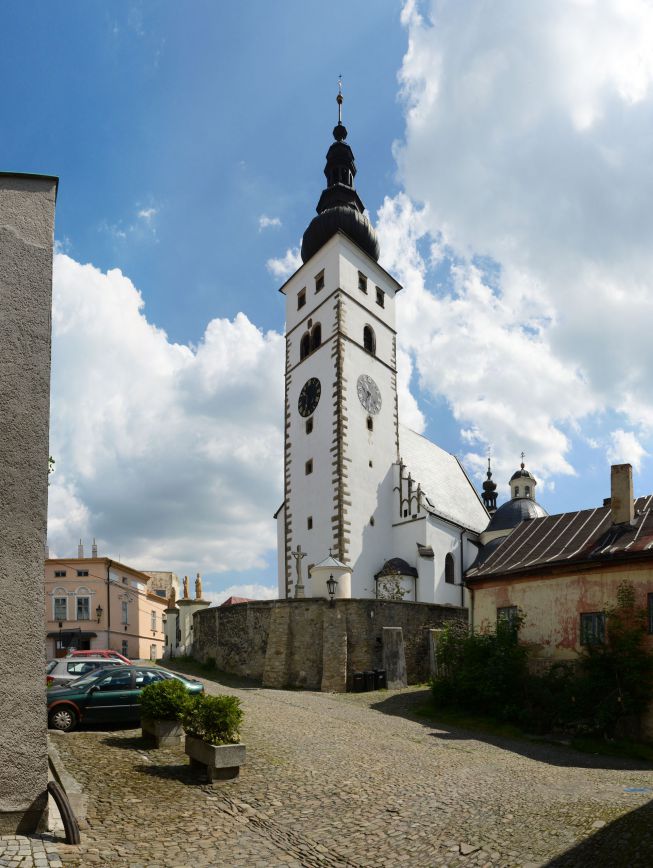 Dating by its walls the church comes  probably from the 14th century. We are talking here about an orientated, late-Gothic structured aisled building with an indented polygonal closed presbytery, which was built around 1400 (same as the front of its south aisle), with a square tower in front of the western facade and side chapels coming from the 17th century built on a plan of a trefoil.

The main construction of the church is split into parts and supplemented by other smaller building extensions - sacristy, St. Urban’s chapel, Gethsemane’s garden and others. The church tower is covered with a dome with an open lantern; gabled roof of the presbytery supports the sanctums turret. Side chapels are covered with helmets and lightened with polygonal lanterns. The rounded clock faces from the 18th century are located on the 4th floor on the southern, western and northern side of the tower.

A renaissance extension of the last two floors of the tower was added to the building at the end of 16th century.
The facades of the building are smooth, composed of baseboards and crown mouldings only.

The construction of this church was a job of various Italian architects and artists, who had settled in Příboř or in its close surroundings during that time (2nd half of the 16th century). The church was partially reconstructed in the mid-19th century (1852 to 1854).