History of the town

Příbor is one of the oldest towns in Northeast Moravia.

It lies on both banks of the River Lubina. From three sides it is surrounded by beautiful scenery of the foothills of the Beskydy Mountains with a view of Štramberk Tower (Trúba), Hukvaldy Castle and Radhošť Mountain. The town has rich history. It was established in 1251 by the Frank of Hückeswagen as a settlement with urban rights. The first written notice about the town dates back to 1251 and it is recorded in a document from December, the 12th issued by the Margrave of Moravia, later King of Bohemia, Přemysl Otakar II. The document confirms that the count was the founder of the parish Church of Nativity of Virgin Mary.

The ancient "Polish"  trading route was crossing the rectangular-shaped square of Příbor from the very beginning. In those times the town was called Vriburch, later also Freiberg and Czech Przybor.

An important chapter in the history of Příbor is education. Primary parish school existed here already in 1541. A great asset in this area was the establishment of Piarist College and grammar school in 1694. The arrival of the Piarists to Príbor caused a rapid bloom of education. Secondary education could be acquired even by students from lower social classes. By the establishment of The Czech Teachers Institute in 1875 the town became the education centre of Northeast Moravia. During its existence up to 1938 many great pedagogues and specialist in education and culture graduated here. Príbor was rightly called Litomyšl of Moravia.

From the second half of 15th century the town belonged to the Olomouc bishopric and its bishops were very fond of the town, especially Cardinal Francis of Dietrichstein, who improved the town’s Coat-of-Arms and granted the town a number of privileges and rights. His Coat-of-Arms is still situated on the house number 6 of Sigmund Freud Square, at which he lived during his stays in the town.

Příbor was a birthplace and home to many important personalities, who helped to make the town famous. St. Jan Sarkander lived here with his mother and attended Příbor’s primary parish school.

Local secondary school was attended by Antonín Cyril Stojan, later Archbishop, who had lived here and studied to be a priest for eleven years.  Příbor is the birthplace of the founder of Moravian topography and historian, Řehoř Wolný; philosopher and revivalist Bonifác Buzek; founder of psychoanalysis, honorary citizen of the town Příbor Dr. Sigmund Freud; sculptor František Juraň, writer Josef Kresta and many others. 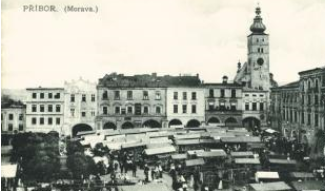 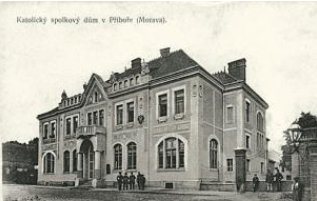 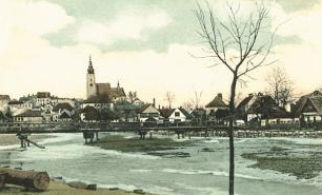 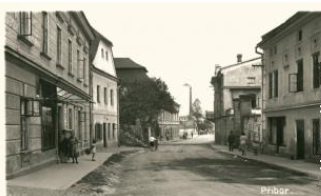