Due to numerous renovation processes running here in the past, the courtyard facade had been altered several times – always according to what was supposed to be its use.  Baroque facade decoration was torn down in most areas, surviving only in two places - mainly due to subsequent extending of the building, which helped to cover well-preserved details under a thick layer of plaster on the inside. After getting rid of all unwanted layers and fixing and strengthening of underlying plaster, vertical walls of baroque facade were plastered all across the surface with pure lime plaster. When that layer wasn’t completely fixed yet, drawings of decorative figures were carved into it under window sills and between window frames. After full fixing of that layer, decorative drawings were filled again with a different, coarser layer of plaster with more mushy texture. This plaster layer, once applied to the wall, must have been brushed-off in smooth moves using special brush in order to give it the irregular 'spiky' form. 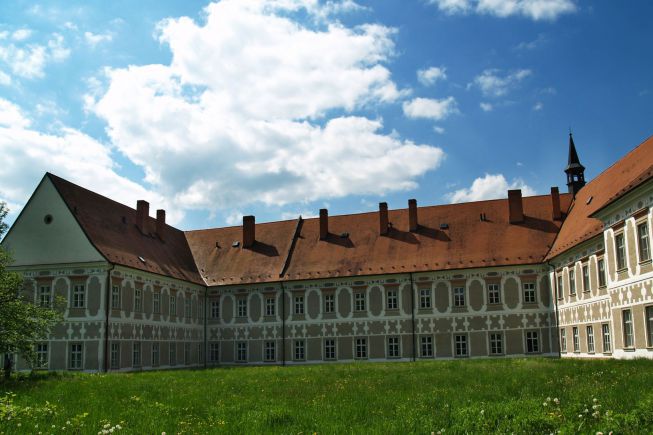