Founder of psychoanalysis, physician, author of many scientific publications 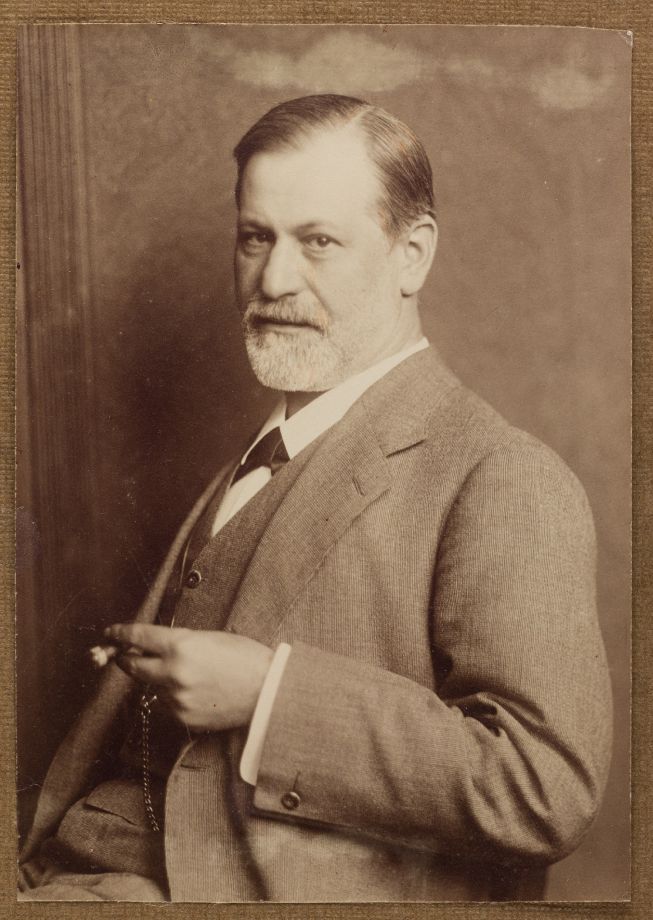 Sigmund Freud came from Moravian Jewish family. His father Jacob was a textile tradesman. Later he was employed at Fluss’ textile factory in Příbor. When little Sigmund was born, they lived in Zámečnicka Street no. 117, renting a flat from certain locksmith named Zajíc.

The Freuds lived in Příbor only for three more years; afterwards they moved to Vienna to search for work, but those three years (and a later visit to Příbor in his adolescence) proved to have had a great influence over the development of Freud's personality and over his teachings. Even as an older man, in his memories he kept recalling a nanny from his early childhood and his first love Gisela Flussova, whom he had met in Příbor (1872).

As confirmed in a letter from the 25th of October, 1931 addressed to Příbor’s mayor, Freud’s attitude towards his hometown stayed very warm and positive. The letter was written to explain his absence during the unveiling ceremony of a commemorative plaque at his birthplace. The event was celebrating scientist’s 75th birthday. It was a truly great day.

After high school Freud studied medicine. Choosing internal medicine to be the field of his expertise, at first he devoted his full attention to that subject, but soon he switched to psychiatry. In the year 1885 he was appointed for an Associate Professor of Neuropathology. This became a further step to studying psychiatry and to the establishing of a new scientific discipline: psychoanalysis. The psychoanalysis meant brand new treatment methods. In layman's terms: it was all based upon free associations and interpretations of dreams.

Beautiful and detailed description of Sigmund Freud’s life and work is to be found in Miroslav Baláš‘s cultural topography on the pages 185 -187. 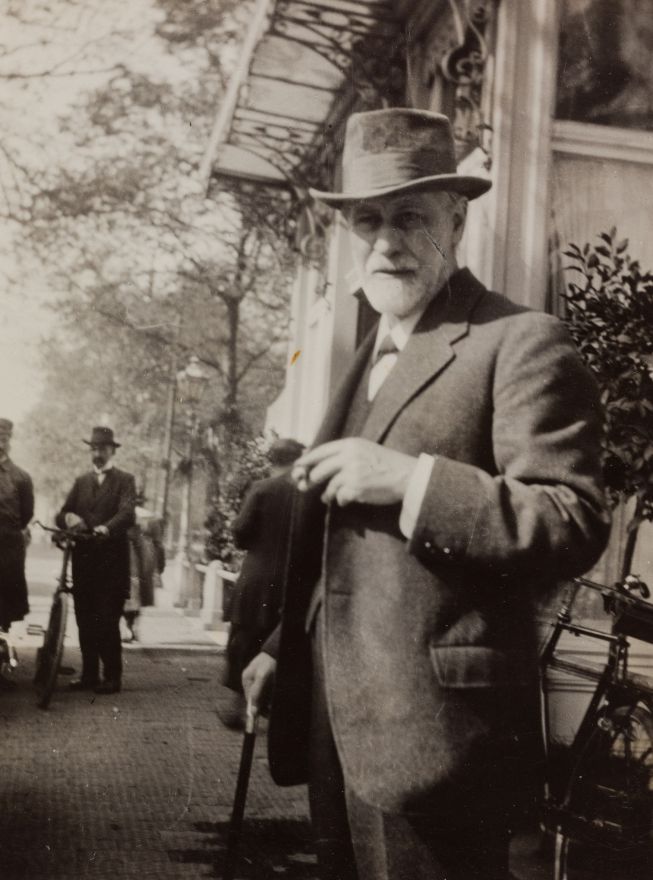 Although Freud spent nearly all his life in Vienna, he died in exile in London, escaping the Nazis.

His life and work is well depicted in the exhibition at Sigmund Freud’s Memorial Hall at the Příbor’s branch of the Novojičínsko Museum .

Apart from that there’s one more exhibition at his family house. It was updated and re-opened to the public in 2006 on the occasion of Freud’s 150th birth anniversary.  In its content as well as in its concept this exposition is very unique – visitors are being guided through the house by the voice of Sigmund Freud!

The opening ceremony was honoured with the presence of former President of Czech Republic, Vaclav Klaus

How this exposition came to life:

There’s a copper sofa standing in front of the house of birth of S. Freud.

You’re in for a little treat:  use this link to see how Příbor might have looked like (exaggerating a little!) in the times when Freud was born... 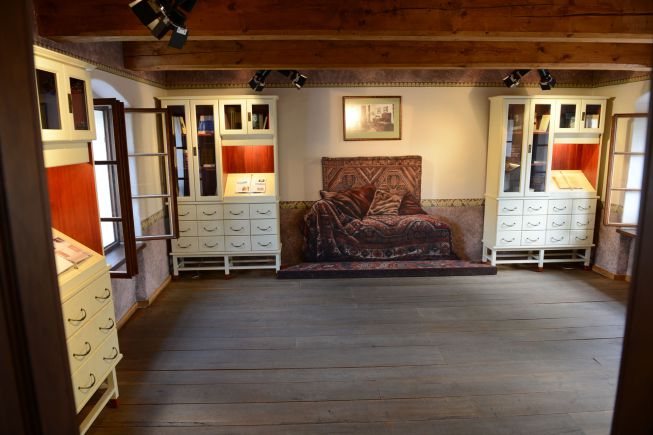 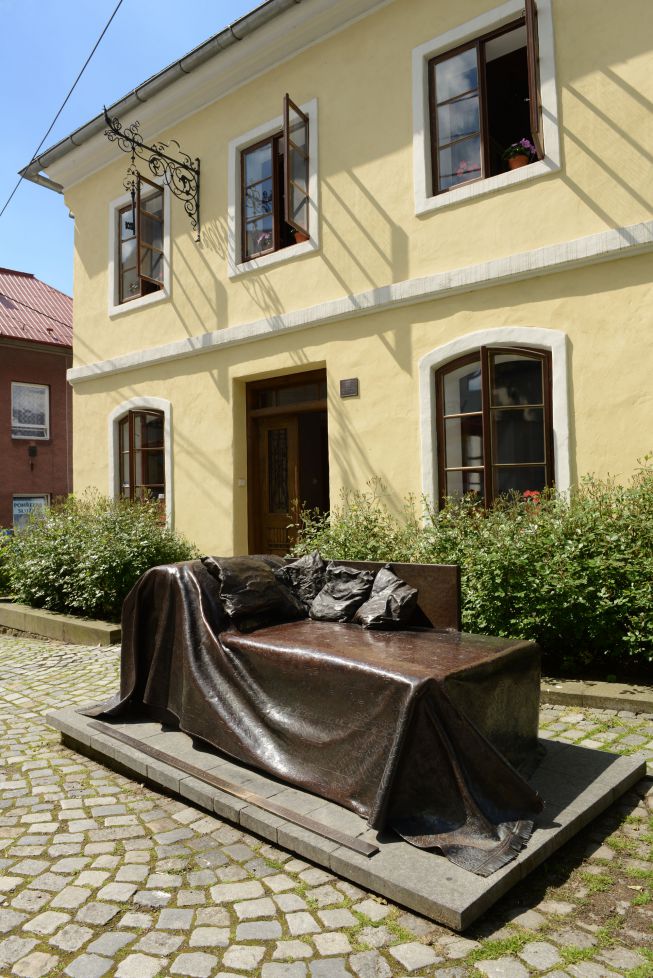 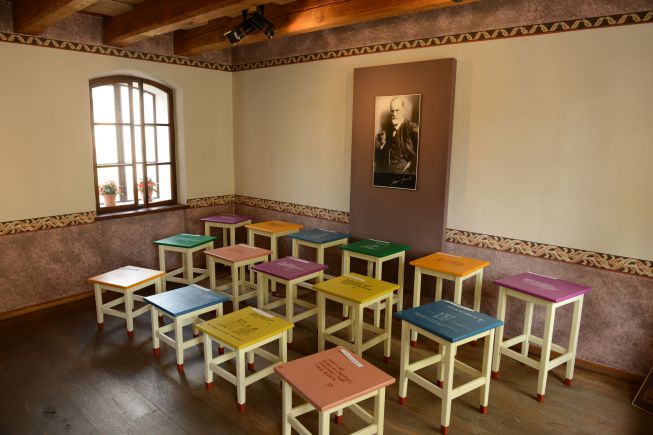