Piarist College (monastery) was founded on 5th of February, 1694 by Carl the Second of Liechtenstein.

This baroque building designed by an architect named Giovanni Pietro Tencally and erected during years 1694 -1700 was initially an L-shaped construction.  In 1768 an additional wooden corridor was built in order to create a passageway between the monastery and St. Valentine’s church. Planned according to Piarist Heliodor Knur, the corridor was supposed to be connecting the two buildings on the level of second floor. It was demolished in 1875. Same year, according to an architectural project of K. Karlseder, the monastery building was adapted to be a high school and a teachers' institute.

Its south wing was extended by a single storey annexe with four windows, which became the principal’s flat. On the side of the building, which was facing the courtyard, the rectangular water closets were added. That way the west wing of the monastery has been extended, too.

Nowadays, the three-winged building form is U-shaped. East wing is shorter; other than that the whole building is divided in usual two parts: courtyard hall passage is located at the south wing and the other hall facing the street is placed at the west wing. Ground floor has cross- vaulted ceilings with no ribs, containing elements of trough vaults; first floor ceilings are flat. The interior is decorated with numerous frescoes and paintings.

On the 3rd of May, 1958 the Piarist monastery was declared an immovable cultural monument.

Piarist College or in other words The Order of Poor Clerics Regular of the Mother of God of the Pious Schools was founded in 1597 in Rome by Saint Joseph Calasantius. Piarists started spreading over Czech around 1620.  Their oldest college was founded in Mikulov in 1631 and the most recent one in Nepomuk in the year 1867. Chronologically, Příbor was their eleventh location.  Piarists devoted their lives to charity and above all to teaching / providing education. Town Příbor recorded their arrival in 1694; that year Piarists started to teach people directly at their homes.  They taught at the monastery from 1700 until the year 1870, when Piarists have quit the contract with town. Afterwards, the very same building was being used as a teachers' institute. Piarists are still active all over the world. 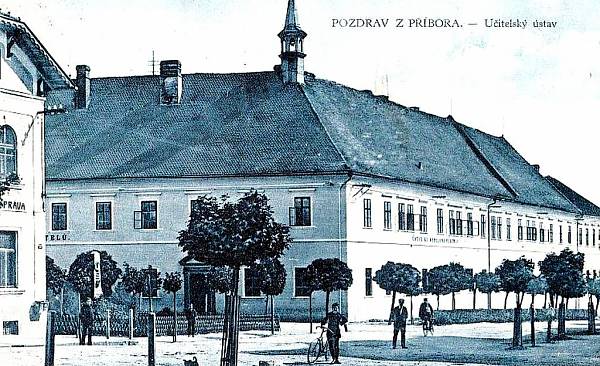 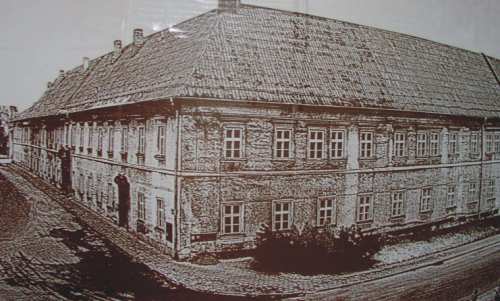