The reconstruction of Piarist College buildings was divided into several stages:

■ First step of Piarist college reconstruction, involving ground floor of the south wing and part of the western wing, was accomplished back in 1997; newly renovated spaces of the ground floor are now being occupied by Museum of Nový Jičín and by the town. Building needed dehumidifying and fixing plastered walls. In order to do so a proper drainage system a special ventilation system were put in place, damaged floors and woodwork were replaced, water pipes were mended and heating system, too. During floor replacement reconstruction works in the corridor of the west wing an original pebble paving was discovered under a layer of ceramic tiles. The paving has been brought back to its original shape.

■ In 2000 facade repairs were initialised on the side facing Jičínska Street; a prior soil moisture reduction turned out to be necessary for it. The pavement surface had to be lowered.

■ In 2001, the town continued repairing the facade on the side facing Lidicka Street. Patch of sgraffito was discovered during repairs. Further works were stopped immediately to do restoration research in close cooperation with representatives of State Heritage Preservation office and a licensed restorer. The Contractor together with an academic painter Peter Stirber have made accurate reconstruction of the sgraffito decoration on the front facade; found fragments of frescoes have been linked to each other and restored. The aim of the restoration works was to bring back the original character of the ornamental sgraffito decoration coming from 1710-1712 on the facade of the building.

■ Year 2002 brought second stage of reconstructions on the second floor of  college’s east wing. After gradually stripping off the embankments ceilings in the attic, several serious structural issues were revealed (like i.e. rotten ceiling joists), bricking up the upstand in the ledges of peripheral walls turned out to be the biggest problem of all. Damage of the beam construction of the roof caused by various wood-destroying agents subsequently lead to its disintegration and became a reason for weakening of perimeter walls.  The town was compelled to reconsider the whole renewal plan for 2004 and focus mostly on the gradual elimination of emergency conditions (checking roof construction for possible mould infection, static reports, revitalising of moulded walls and of some other parts of the roof, revitalization of ceiling beams, refurbishment of spaces occupied by Primary Art School). Next year, repairs of the class rooms have continued.

■ In 2006, the town focused on the restoration and revitalisation of floor structures and partially also of roof structure.

■ In close cooperation with Ostravian department of the National Historical Institute, our town had prepared the necessary project documentation for the last steps of restoration of the buildings' northwest wing.

■ Third stage of renovation works followed in 2009, starting with surfaces of the second floor at northwest wing of the Piarist college. Restoring these spaces was completed in spring 2010 and had turned them in today’s town library. During construction works pieces of original exterior plastering were found. Town took decision to uncover them; therefore they needed restoration, too. This eye-catching element of the building , which is now serving its new purpose, became an interesting artefact representing and emphasizing original form of old Piarist College.

■ The planned scope of renovation works of Piarist monastery was finished in 2012 having refurbished last bit – the ground floor at northwest wing.  This very typical for Příbor part of the corridor has been reconstructed to resemble its original look of pebble pavement flooring, using stones from Lubina River. Ceiling paintings were restored in the refectory. While restoring walls, early Baroque frescoes were uncovered and brought back to their original shape, which had once been altered and then re-plastered. A painted panel pattern resembling wooden cassette linings was revealed,  It was composed of same floral motifs, only in painted form. As it turned out that walls decorations were corresponding with motives on the ceilings, all that had to be re-created. In a process of restoration all ceiling paintings must have been changed, as in the 70s of the 20th century parts of the ceiling framing paintings have been painted pink and white. That colour was removed and replaced with the earlier, original shade of green, yellow and pinkish red – original colours of the refectory – to give it a lively and cheerful look.  Refectory is currently used as a ceremonial / wedding hall. Walls and ceilings of adjacent rooms and hallway walls were restored, too.  Rebuilt was also the conference hall hosting mainly town council meetings, but being used on other occasions (for educational, social purposes), too. In the same room the original fragments of patterns in plaster were preserved or restored.  Courtyard facade, including its sgraffito decoration was also restored.  The staircase leading from first to the second floor and stairs to the basement (mistakenly covered with terrazzo in the past, which had to be removed so the stairs could have been renovated using original material: sandstone); passage leading to the courtyard and cellars of the building (built using pebble and brick-type paving)-  all that was renovated, too. Water pipes, electrical cables and wooden construction elements have been replaced with new ones.

Příbor received a grant from Regional Council of the Moravian- Silesian Cooperation; Dotation covered 92.5 percent of the entire monastery reconstruction costs. The received sum came up to 21 million CZK.  Remaining part of the reconstruction was covered by the town.

■ The scope of renovation works and the historical significance of the building have made it to one of the biggest restoration processes in the whole region. 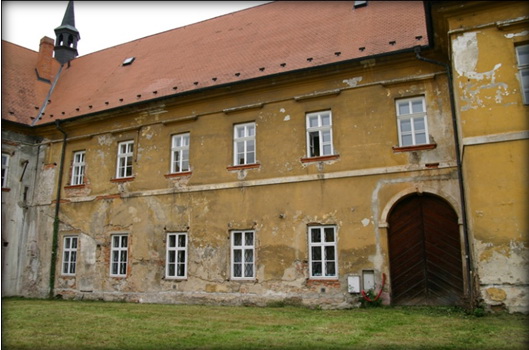 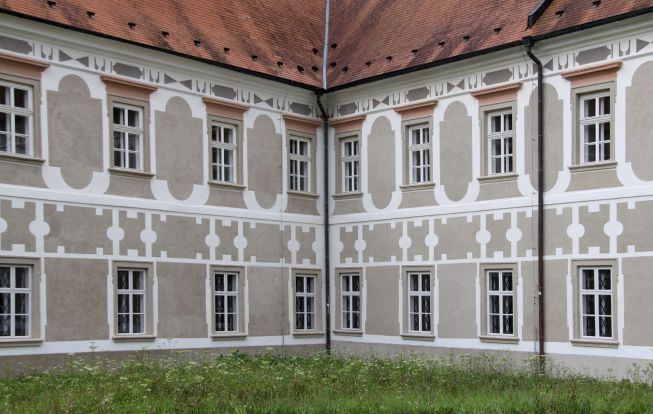 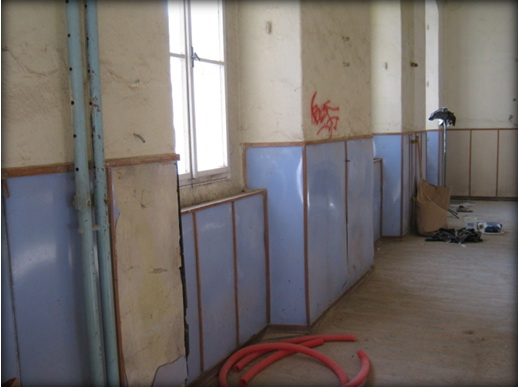 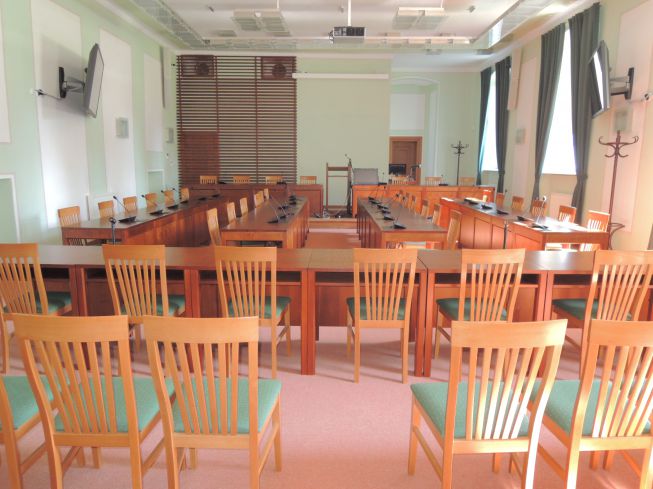