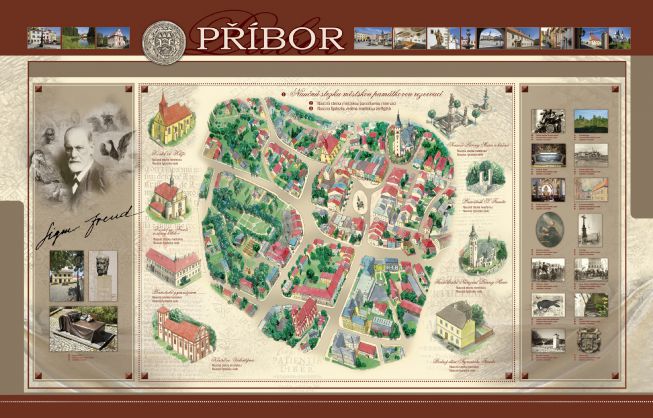 The Educational Route was built in 2008 at the Urban Conservation Area of Příbor in order to make Příbor inhabitants, but especially all visitors to town familiar with the closest surroundings and most important local sights. The route is suitable not only for pedestrians but also for bicycles and for parents with children in prams or strollers. There are 8 stops altogether. 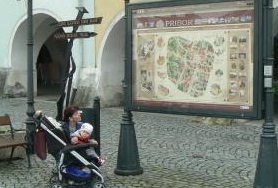 The route begins and ends at the town square: it is its first and its last stop at the same time. That stop is located at a special sound information panel with the built-in function of a guide’s voice. The voice informs not only about the educational route but also speaks about other sights and attractions, which can be found here. The voice tells interesting stories about the town. There are three language versions to choose from: you can listen to the text being read in Czech, English or German. 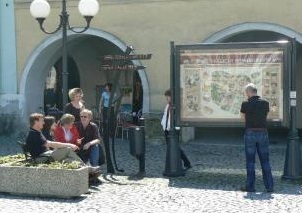 The hand-forged boards informing with help of texts and pictures about the visited sights are situated along the route and can be found at all the remaining seven stops, which are: house of birth of S. Freud, Piarist Monastery and four churches.

At each site there is a forged road sign directing to the next stop but also pointing out to the recently visited one.

Single stops serve as relaxing zones – each of them is fitted with elements of town infrastructure, like benches, bicycle stands and garbage bins. 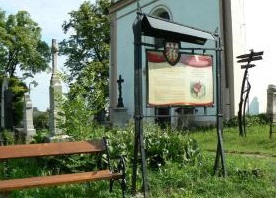 A very interesting feature of the educational route are the stairs leading to old graveyard. They are made out of a very peculiar, but typical for Příbor material- of river stones creating a so-called pebble pavement. 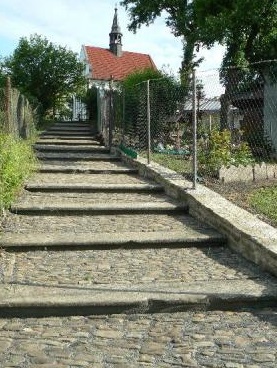 Coloured leaflets describing the educational route with all its stops available in four different language versions are to be retrieved at the Town Information Centre located in the town hall building.

The town was one of the successful candidates for EU dotation of the Regional Operational NUTS II Moravia / Silesia program. The construction of this educational route leading through the Urban Conservation Area (UCA) became in 2008 the first such project to be finalised. 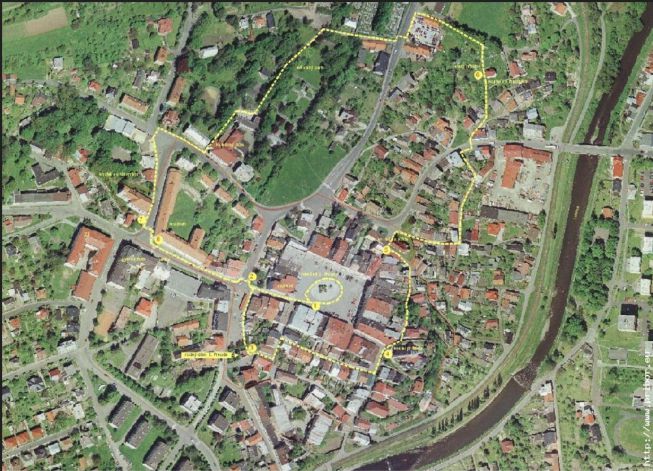 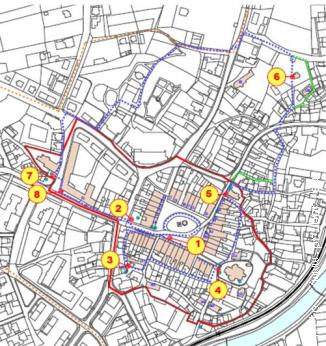